What is your Vision? 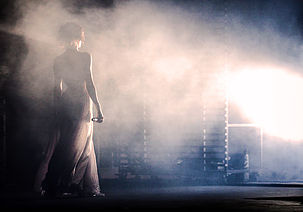 Some may think that being a musical theater artist is all about self-glory. However, anyone working on a musical knows that their job is just one part of a bigger vision.

In other words, the best attitude an artist can have towards their work is that of a servant.

The question is, a servant of what, or whom? 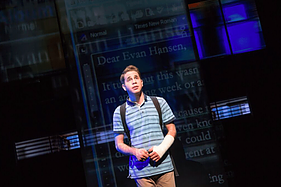 Platt sees playing Evan Hansen as an important responsibility because he knows he's affecting people deeply. That's why he gives up so much of his life, so he can keep his body and mind primed to play the emotionally demanding role as convincingly as possible eight times a week.

He has to go on vocal rest most of the time he's not in the show, he goes to physical therapy twice a week, he does extensive vocal warmups - this is not just a job, it’s a way of living.

Rather than revealing a leading man with a glamorous lifestyle, the article shows the heavy price one has to pay to embody one of the most captivating characters on Broadway.

This brings up an important question that I would want any budding performer to be able to answer before embarking on a career in this business:

What vision would you want to serve?

What would you be willing to give that much of your life to? If you had to give up almost your whole social life, had to give up talking most of the time, had to discipline your body to take on unhealthy postures and then go to physical therapy to correct them, what is the hoped-for effect such a sacrifice would have on your audience?  How would you hope it might change the world? 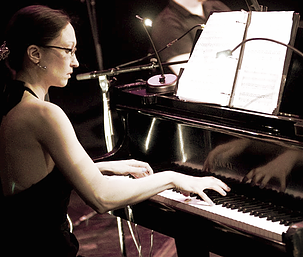 Because I can tell you, when you give that much of yourself, you will want to feel from the inside out that it's worth it. I know that when I give a lot of myself to a show, I want to know there's fruit being borne.

Whatever it is, I'm not judging the answer.  But I am challenging young performers to know what the answer is.

Because if you don't know the answer, you will get caught up in someone else's vision, and before you can determine if it's one you want to be a part of, you may find you feel a bit lost or empty.

Being an artist is not a job someone takes just to make money.  This is a calling one chooses to follow because they know they have a purpose in it.