Virginia Hart Pike has been living in New York City for over twenty years as a working artist and educator.

Virginia has composed many original songs which have been heard in multiple venues throughout NYC including the NYMF Festival, Joe's Pub, TORCC-NY, The King's College, and NYU. Her choral works have been performed at The King’s College, Times of Refreshing Christian Centre-NY, the Jubilee Chorus and Orchestra concerts (various NYC venues), Christ Church, St. George’s Episcopal Church, and by a dance company she co-founded in 2006 called Skylight Dance Theater.  Her modern dance work, Daughters, which included her six-movement song cycle for women’s choir, First and Fairest, was performed to sold-out houses at The Salvation Army’s Theater 315 in Times Square, New York City, featuring soprano soloist Judith Blazer and conducted by choirmaster Kamel Boutros.

As a pianist and keyboard player, Virginia has played on Broadway in James Joyce’s the Dead and Amazing Grace, the Musical, for which she served as music assistant throughout the show's development process.  She has musically directed many concerts and readings at various venues, including 54 Below, Joe’s Pub, The New York Theater Barn, and the NYMF festival, as well as readings of musicals by Charles Strouse. At The King’s College, Virginia musically directed the musicals [Title of Show]; Songs for a New World; The 25th Annual Putnam County Spelling Bee, Floyd Collins, Ordinary Days, and the NYC premiere of A Pound in Your Pocket, the first musical written by famed writing team, Charles Strouse and Lee Adams (of Bye, Bye Birdie fame).  Other regional and NYC musical directing credits include Christmas is Coming Uptown (at Medgar Evers, dir. by Ben Harney), A Wonderful Life (Theater Virginia), The Lively Lad (NYSAF Festival), and The Night Governess (The McCarter Theater).  She worked for seven years as the music assistant for famed Broadway composer Charles Strouse (Annie; Bye, Bye Birdie), musically directing readings of his works.

Most recently, Virginia conceived, co-wrote, and musically directed two original devised musicals with the students of The King's College, Crashing Into Silence (on zoom - 2021) and Normal? (2022). Virginia has also served as co-author, co-composer/lyricist, and leading performer in multiple musicals produced at Times of Refreshing Christian Centre, NY (torcc.org), the most recent being The Fury of His Love, co-written with Dr. Robyn Kassas, and Nathan Kassas. She played a detective who is also a survivor of Satanic Ritual Abuse. She has several musicals she's writing currently in progress including Songs for Women, The Path to Success, and City of Dreams (with Dr. Robyn Kassas and Nathan Kassas).

As an educator, Virginia Pike has worked with children of all ages as well as adults. She has been on adjunct faculty as a Lecturer in Musical Theater at The King’s College for the past ten years, where she founded the TKC Musical Theater department, and has been producing and musically directing musicals there since 2016.  Virginia is a voice teacher and musical theater audition coach for children and adults of all ages. Her students have landed leading roles at the Metropolitan Opera, and multiple Broadway shows including MJ, the Musical; The Lion King, Anastasia, and Amelie. She is the founder of Regeneration Arts (regaarts.com), a faith-based company whose mission is to help young performers become the artist they were created to be in an uplifting environment, and to develop new works within a supportive community of fellow artists. At REGA Virginia teaches classes in acting, singing, and musical theater performance.

Virginia has served as Choirmaster and Musical Director for The King’s College, The Jubilee Chorus, Christ Church of New York, and St. George’s Episcopal Church and Grace Church of Greenwich.  She is honored to serve as a worship leader of Times of Refreshing Christian Center (TORCC-NY) under the leadership of the Worship and Creative Pastor, Nathan Kassas, as well as pastors Dr. Robyn Kassas and Tony Kassas.  One of the founding members of TORCC-NY, she also serves on the church's board of directors.

Virginia holds a M.F.A. from NYU’s Tisch School of the Arts in Musical Theater Writing, where she was mentored by acclaimed opera composer Ricky Ian Gordon. She also holds a B.S. from Duke University in Mathematics and Music. 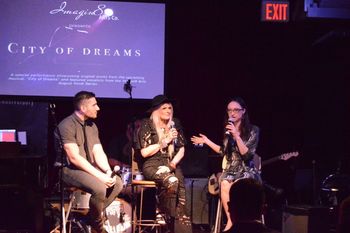 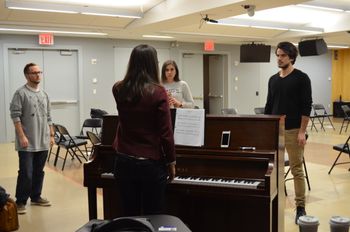 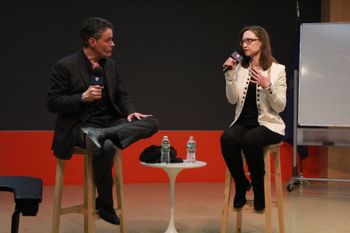 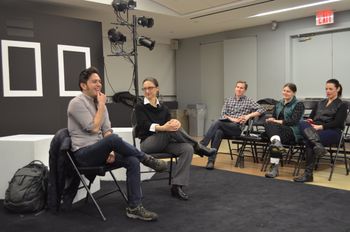